On the train home

The Aer Lingus flight from Milan to Dublin landed half an hour earlier than expected and we were in time for the 14.45 Westport train.  We arrive in Claremorris at a quarter past five le cúnamh Dé. 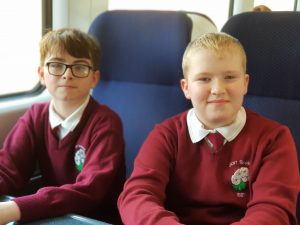 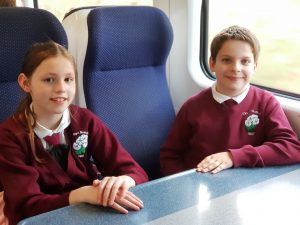 At Milan Linate airport on our way home

We are waiting in Milan Linate airport for our flight home. Everything went smoothly from Catania this morning and we had no problems whatsoever. The smiles say it all. 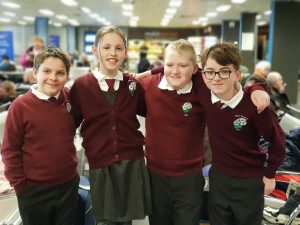 Video: fun and games to end an amazing week in Sicily 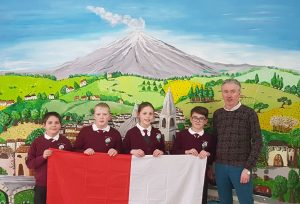 It was an amazing week and we are so grateful to the teachers, parents and pupils of Catania for their warm welcome and great organisation of so many activities. The parents took the Irish pupils bowling and some paid a visit to the beach. Alex, Michael, Josh and Jessica are so lucky to have had such lovely hosts for the week. On our last day the full version of each national anthem was played followed by some fun games and activities which you can see in the video and photos. The parents and teachers prepared some great food with a wide selection of dishes, cakes and drinks for our farewell party. We made great friends and bring home some lovely memories. 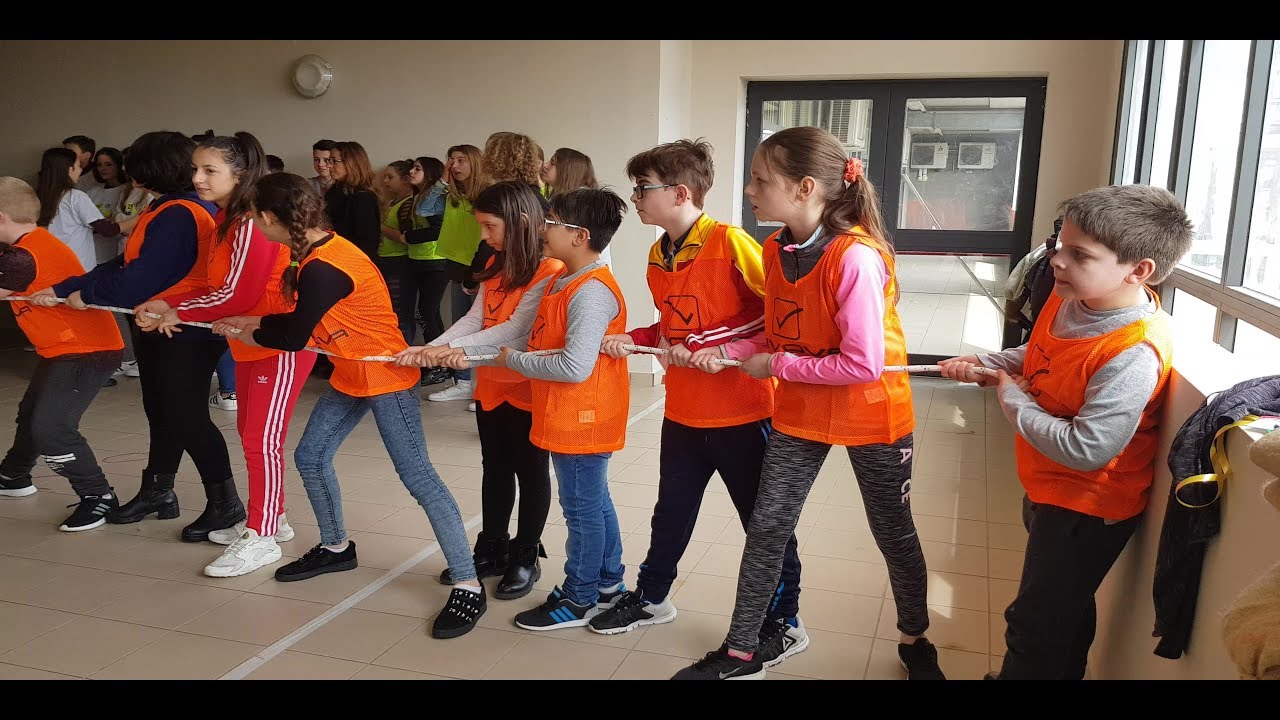 Fun and games in Catania! 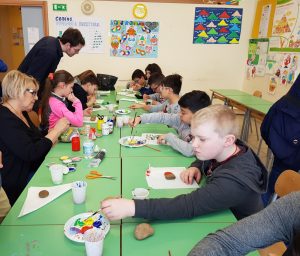 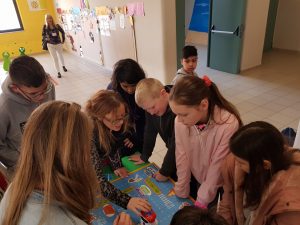 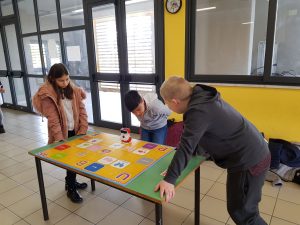 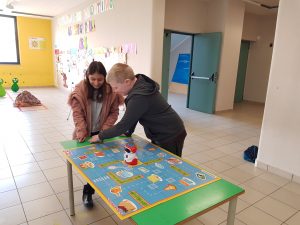 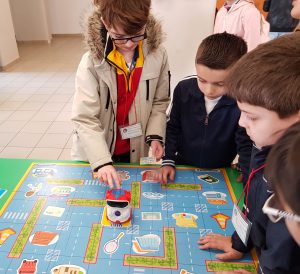 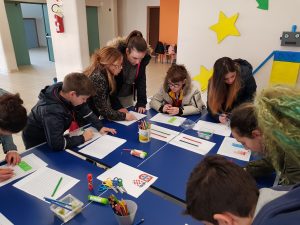 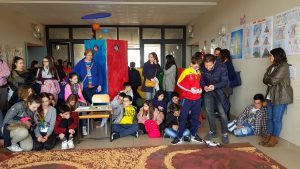 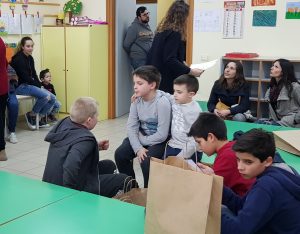 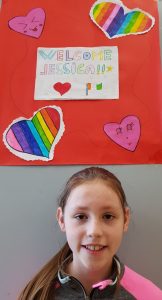 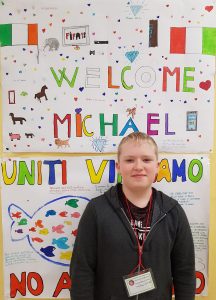 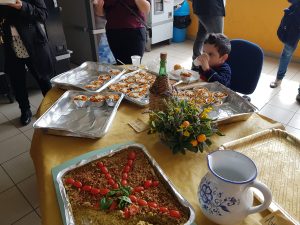 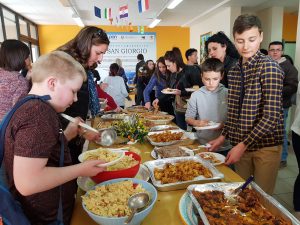 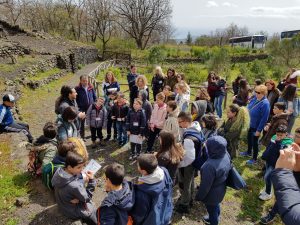 The legend of the giant Polyphemus is told in Homer’s Odyssey. We visited Zafferana to learn all about it. Ulysses, after having lost his way back to Ithaca, arrives in the land of the Cyclops, human figures with only one eye.

Achilles, at the head of 12 men decides to enter the cave of the Cyclops. They begin to devour the large amount of food they find inside the cave, until the Cyclops called Polyphemus returns home. Finding the men eating all the food he is very angry and devours two of them. Then he traps the others in the cave.

Ulysses, as a trick, offers Polyphemus a gift of the wine he had brought with him from the ship. Polyphemus gladly accepts the drink and, now drunk, he asks Ulysses his name. The name Ulysses sounds very much like the ancient Greek word for ‘nobody’ so the cyclops heard the reply as “my name is nobody”. When the giant fell asleep, Ulysses avenged his companions by blinding him. 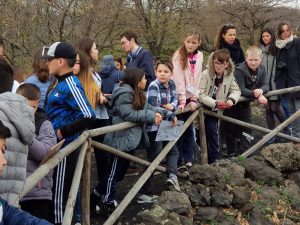 When he awoke, Polyphemus shouted like a madman and tried unsuccessfully to get free. Ulysses and his companions ran fast towards the ships that moored on the coast of Sicily and when the other cyclops came to the aid of Polyphemus and asked who had done this to him, he replied: “It was nobody”.

The Cyclops, furious and red with anger, detached three large rocks from the ground and threw them towards the sea, in a vain attempt to demolish the Greek ships. These three huge rocks, the stacks, can still be seen in the waters of Aci Trezza on the coast of Sicily. 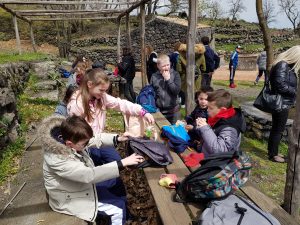 Mount Etna is the highest active volcano in Europe at 3,329m (10,922 ft). In comparison, Croagh Patrick is 764 metres (2,507 ft). We took a bus close to the summit which has four distinct craters. As you can see in the video it was bitterly cold and windy near the summit so we didn’t stay too long. 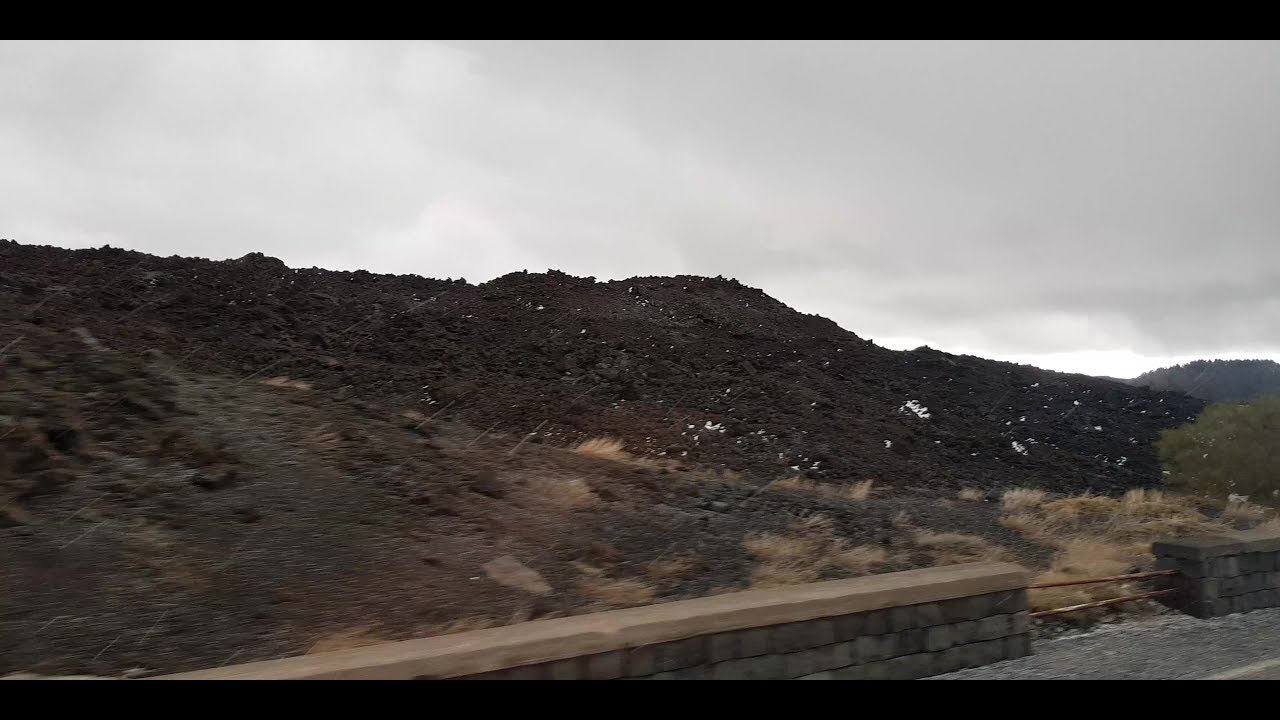 We learned about the flora and fauna of Sicily at Viagrande Lava Museum. We saw an excellent 3D movie and also got to examine the various types of volcanic rock and ash. 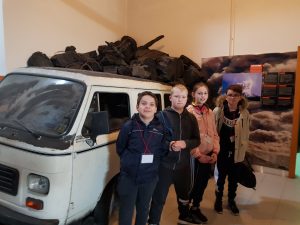 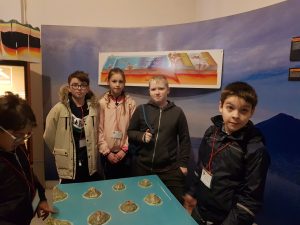 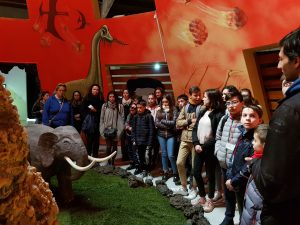 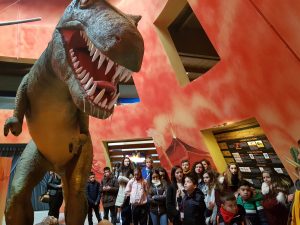 At the National Institute of Geology and Volcanology in Catania we learned about the different ways volcanoes are monitored including infrasound and seismic waves. 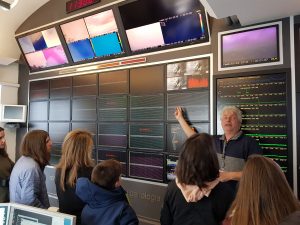 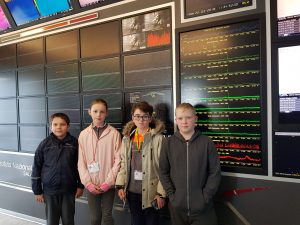 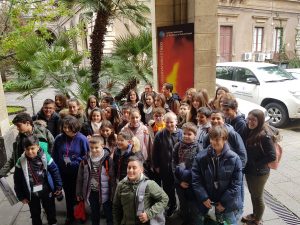 Mount Etna is the largest active volcano in Europe and one of the world’s most frequently erupting volcanoes. We were shown this video of the 2002–2003 eruption which threw up a huge column of ash that could easily be seen from space and fell as far away as Libya, 600km south across the Mediterranean Sea. 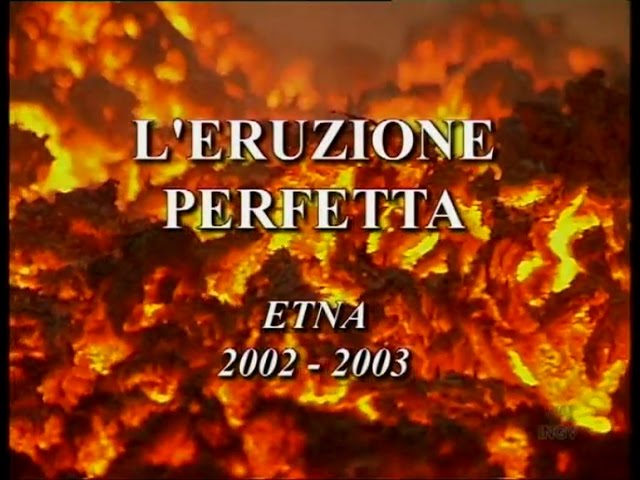