We’ve safely arrived and checked in at Zurich airport. Our flight departs at 15.05 Swiss time and we land in Dublin at twenty past four. 🙂 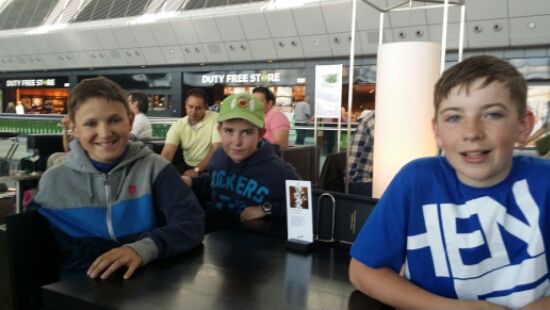 We’re waiting at St. Margrethen train station in Switzerland for our 10.20 train to Zurich airport. 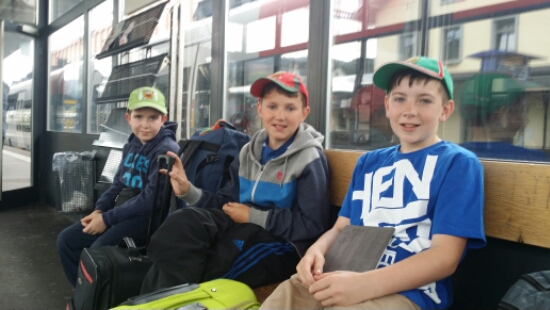 Our visit to Bregenz and Lake Constance

On Friday we visited Bregenz on the shores of Lake Constance. We had a great day shopping and playing in the park. 🙂

Our final day in the Alps.

On Tuesday night we had a disco in the dining room and next day we went pony riding.  We also played soccer in the park and had great fun on the swings and zip wire.  We then packed for our departure on Wednesday morning. We left Schoppernau at 9.30 and moved on to our next destination which is a town called Hard on the river Rhine and very close to Lake Constance.  We’re now staying at Junges Youth Hostel, Hard.

Here are some more photos from Schoppernau Adventure Centre which we visited yesterday. When we got back to our accommodation we played football with some of the other pupils and then we found a football table which we played until the torch-light procession which began at 9.30. Some torches were handed out to the pupils and we took turns holding them as we walked around the outskirts of the village.  This morning we hiked to a waterfall and took a trek on some of the slopes overlooking Shoppernau. The farmers here are busy saving hay. We had other activities in the afternoon and tonight there will be a disco!