This story is about the first emperor of China and his great tomb. His name was Qin Shi Huang. He became China’s first emperor when he was 38. 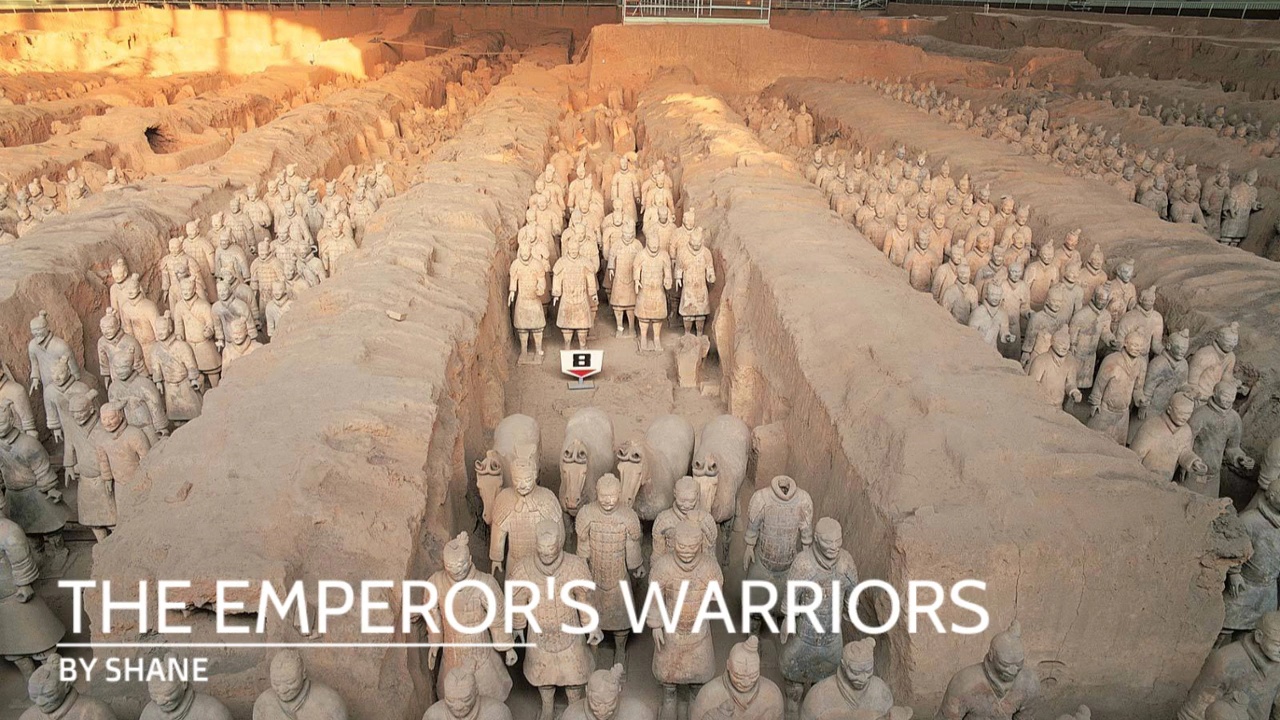 Today we will learn about the Dust Bowl. In the early 1930s life was hard for many Americans. Find out more in this video. Enjoy! 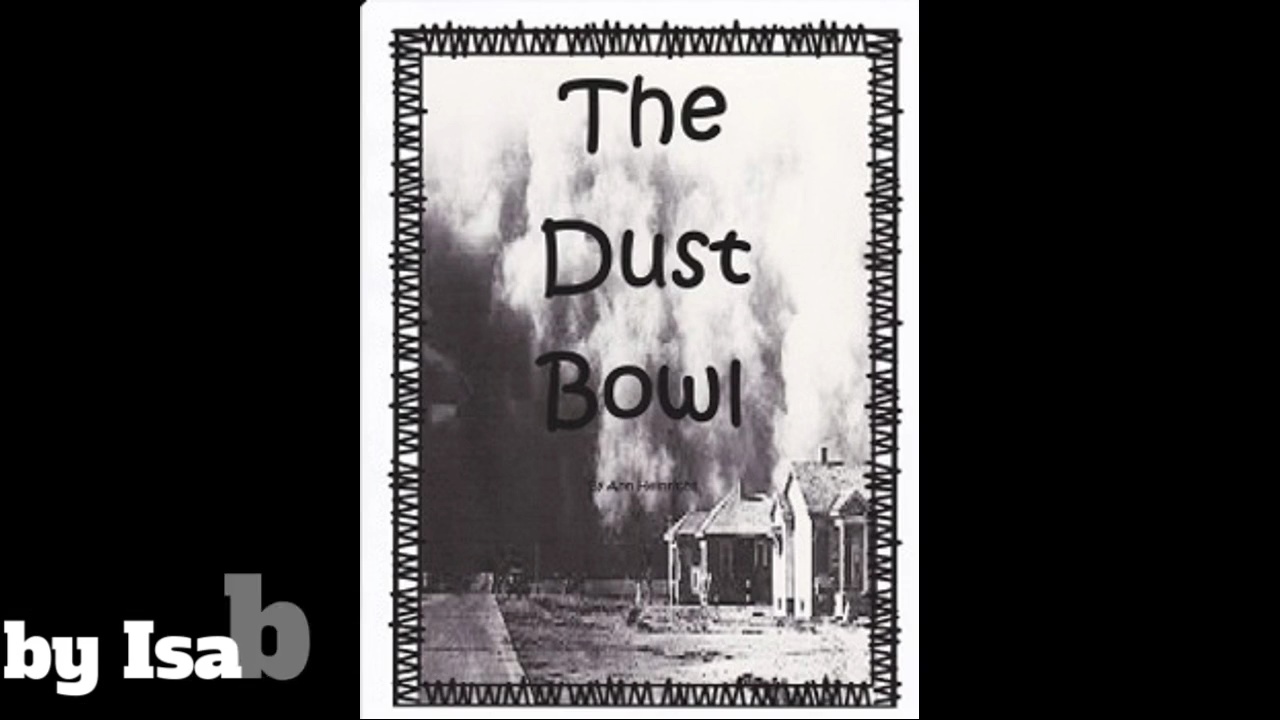 On Thursday the 8th of November as part of our Digital Schools Cluster Project the senior room visited Claremorris for a local history tour led by Colmán Ó Raghallaigh. The tour began in Claremorris Train Station where the children had a very informative tour and were lucky enough to walk over the footbridge. Following this we walked a short distance to view the monument erected in memory of many famine victims. Next we returned to the bus and headed to another part of the railway line. Colmán pointed out the railway line to Galway that is no longer in service. It is hoped this line will open again in the future. We then headed off to view the old famine workhouse. Many of the children were surprised to learn this was an old workhouse. The Famine is a topic we have covered in a lot of depth over the last view months and we are currently reading some novels based on this time in Ireland. Our previous knowledge on this topic helped the children understand the significance of the workhouse and having one located so near. Following the closure of the workhouse we learned the building was then used as a bacon factory. We returned to the bus again and headed back towards the town centre. Colmán gave us with a very informative talk on the history of the current library building used as a church in olden days. The children were fascinated to learn this was a building that was hit by lightning twice in the past. This information suggests that the old saying may be something of a myth. Our final visit was just across the road to the stunning St Colemans Church. As a special treat Colmán organised for the children to visit the gallery which is used by the church choir. Here the children were treated to a stunning view of the church and alter. The children got a close up view of the organ, one of the largest organs in Ireland. The final part of our tour included a look at the stunning stain glass windows and a description of the images that appear on them. Colmán was extremely knowledgeable and answered all of our questions. It was a very enjoyable day. 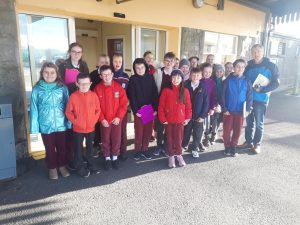 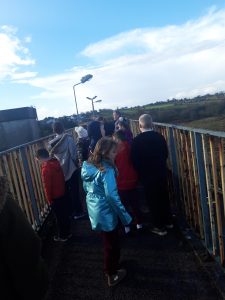 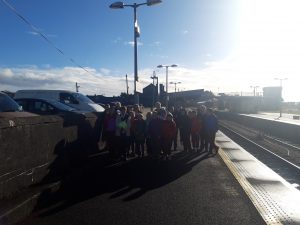 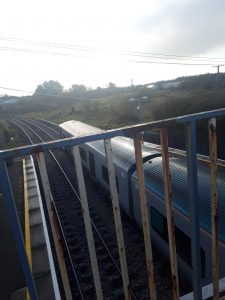 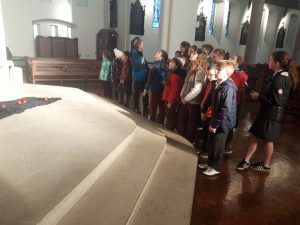 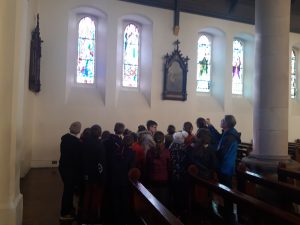 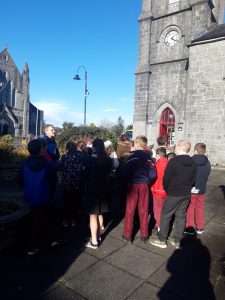 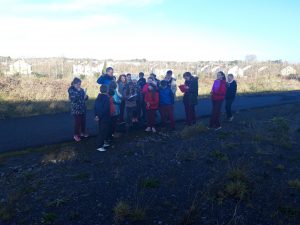 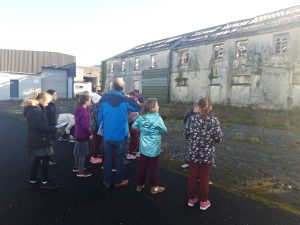 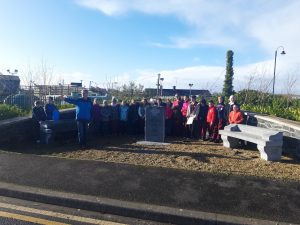 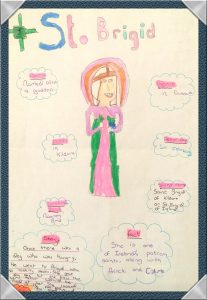 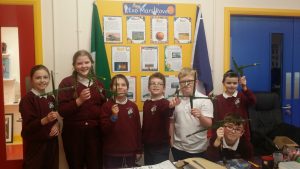 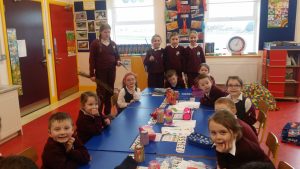 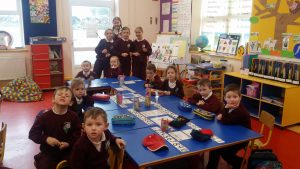 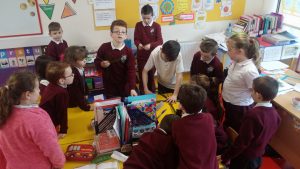 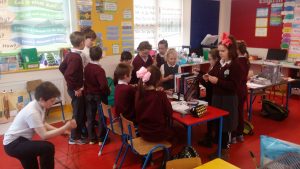 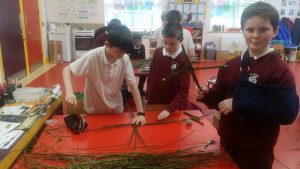 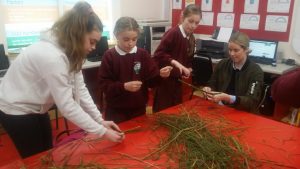 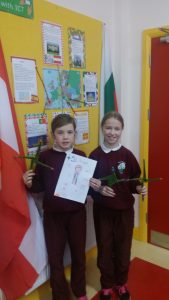 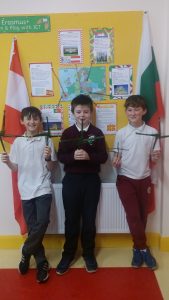 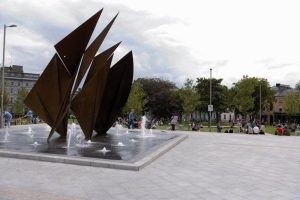 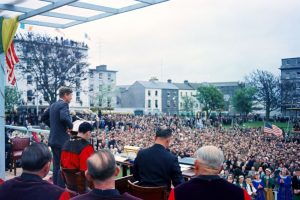 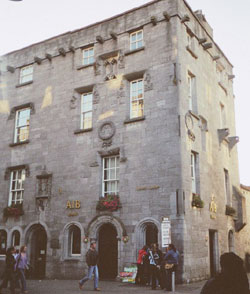 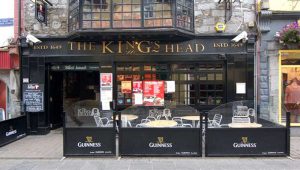 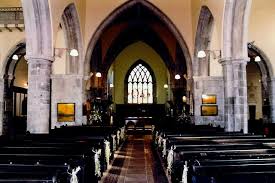