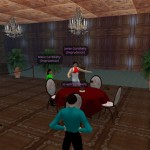 In September 2011, our school was one of twenty in Ireland selected by MissionV to take part in the use of game based learning and virtual worlds technology for the support of students.  The pupils enjoyed building a 3D interactive world exploring atoms and molecules which tied in with our ‘Acids & Bases’ experiment demonstrated at the BT Young Scientist Exhibition in the RDS.

The children were introduced to the Scratch programming language which allowed them to add interactive aspects to their 3D world.

These skills were applied to the Lego NXT Programming Software which the pupils used to command a lego robot for their ‘Acids & Bases’ experiment.  All of this has led to the students producing their own HTML5 games.

It was an honour to be invited to make a presentation on our project at the Computers in Education Society of Ireland conference in Portlaoise in February. The CESI National Conference showcases best practice and highlights the latest technology innovations in education and it was inspiring to be a part of it.

Last week MissionV came to an end for this academic year.  On Wednesday last, thanks to the amazing generosity of Stiofáin MacTomáis at 3DColab in Belfast we were given access to their incredible Titanic simulation (which includes the Harland and Wolff shipyard) in MissionV so that the students could take a virtual tour of the iconic boat. It was the perfect treat with which to conclude the programme.

MissionV is an ideal tool for helping to explain abstract concepts in Science and Maths. It encourages both self-directed learning and teamwork while allowing teachers to create subject-specific or cross-curricular projects. Applications are now open for MissionV 2012-2013. The programme is supported by the National Centre for Technology in Education (NTCE) and schools can apply online here.  I couldn’t recommend it highly enough.

On the way home from a terrific day at #cesi12 where it was an honour to speak about @missionvhq with @gortskehy 4sq.com/z7aH1a

How we made our @missionv 3D virtual world

This is a video on how we made our MissionV world.  We used Imprudence, Scratch for OpenSim, Audacity, IrfanView, Google Images, Microsoft Publisher and Diane used Adobe Photoshop.

We would like to thank Lisa and Aishling, transition year students, for their help in making this video and the screencast. 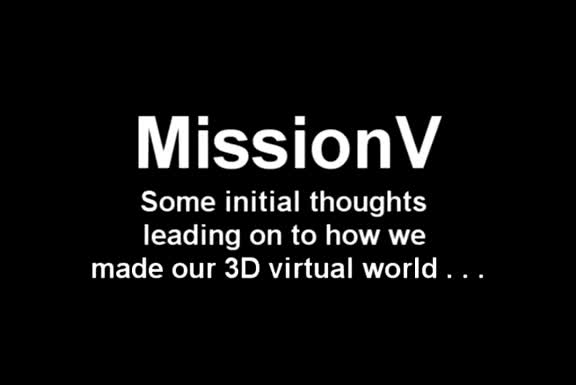 Amazing use of technology by @gortskehy students…. Any schools in Ballincollig doing stuff like this? http://t.co/StkPTSSh

Screencast of our MissionV exhibit

We invited a student on work experience in our school to visit our MissionV world.  She took a screencast of her tour.  We added music and some text.  Here it is . . . 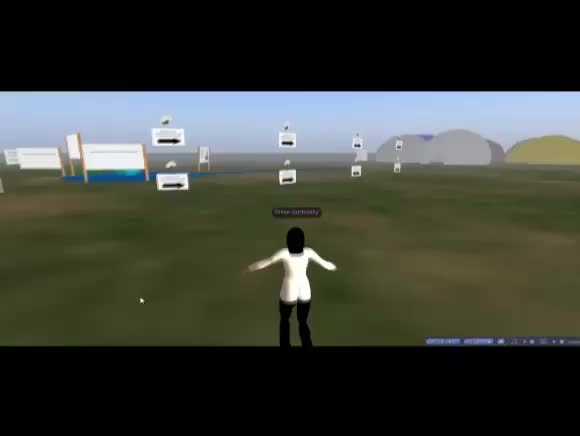 The MissionV project, supported by the National Centre for Technology in Education (NCTE), is the first in Ireland to use 3D modelling software and programming tools to teach part of the primary school curriculum.  It is innovative in the teaching of STEM (Science, Technology, Education & Maths) subjects while demonstrating the practical applications of architecture, geometry and computer programming.  We are excited to be one of twenty primary schools in Ireland selected to take part in the project.

With the support of Discover Science and Engineering each school involved will participate in the virtual National Science Week Event 2011.  Over the coming weeks the children will have the opportunity to design, build and program an interactive model under the theme The Chemistry of Life.  Their models will then be exhibited in the MissionV Learning Hub, a dedicated virtual exhibition hall during National Science Week which begins on November 13th, 2011.

In order to work on the project at home pupils should download Impudence here and also the basic computer programming package Scratch for OpenSim here.