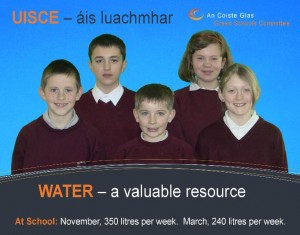 It is a long-term programme that introduces students, teachers, parents and the wider community to the concept of an environmental management system.  It fosters a strong sense of citizenship and leadership among participants that spreads far outside the school into the wider community.  It brings children into the decision-making process and makes them responsible for their decisions and actions.

Gortskehy National School has been part of the Green School Programme for a number of years resulting in two Green Flag awards for the school.

The result of the work is clearly evident both inside and outside the school.  The school grounds are in impeccable condition with well-manicured lawns and a spotless tarmacadamed play area surrounded by a well kept, neatly trimmed hedge.

New shrub and flower beds have been planted as part of the Green School Project while wooden flower boxes were added to enhance the entrance.  At present we are implementing the “Transport” theme in our school. 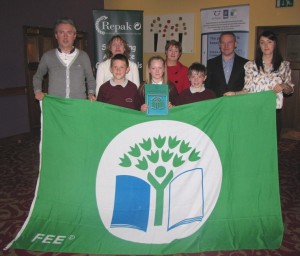 Receiving our third Green Flag for the Water Theme.

Last year the children were awarded their third Green Flag for the ‘Water’ theme. This involved preparing an Action Plan and Poster while the pupils also enjoyed a whole-school workshop facilitated by Aisling Wheeler, An Taisce.  Aisling also led the senior room on an exploration of a local stream in March.

An audit was taken of water usage in the school and ways of reducing consumption at school and home were examined.

Push taps and cistern ball-cocks were adjusted and an in-school colouring competition helped raise awareness. Also, an Information Leaflet (see below) was distributed among parents.

The school is grateful to both An Taisce and Mayo County Council for their support. 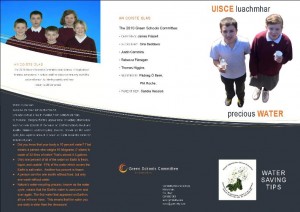 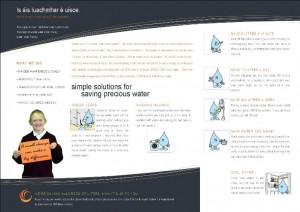 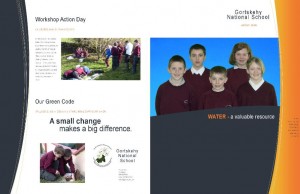 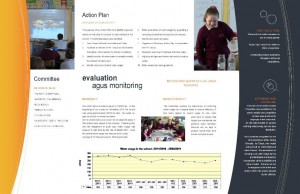