Over the last few months Cathal & Evan two pupils from 5th class took part in the NUI Galway Youth Academy spring programme. This was a wonderful opportunity for the pupils to gain an insight into college learning. Evan studied Biotechnology & Biomedical Engineering –  “Biolegos: Engineering with the Building Blocks of Life“, and Cathal studied all about the Irish law system “The World of Cops and Robbers: Learning the Law”. Evan informed our class that he really enjoyed the course and over the 6 week programme they covered many topics about the human body including DNA, bacteria & repairing broken bones. Evan also had to opportunity to complete some experiments. Evan’s course took place in the new Engineering building on the NUI Galway campus. Cathal informed the class that he looked at many aspects of the law throughout his course including  jurors, cases and identifying what the world would be like if there were no laws. At the end of each day they would have a competition to see who could remember the most laws. The course helped Cathal understand a lot more about the legal system in Ireland. Cathal’s course took place in the Millennium building on the NUI Galway campus. We would like to congratulate both pupils for taking part in the course. 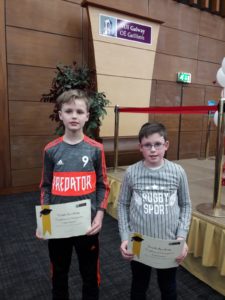 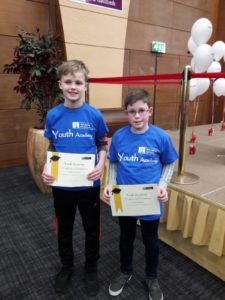