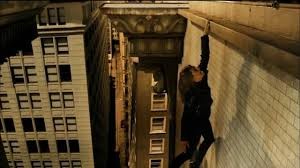 “Nooooo!” I shout as my friend falls off the rooftop, gravity pulling her towards her death. I peer over the rooftop while she falls screaming. Suddenly, I slip off the roof and fall. “CUT!!” screams the director, “No, no, no, no, NO! How many times have I told you? Do NOT stand on the very edge of the rooftop!” “Sorry” I reply, knowing that if I fail again I could lose my chance to become famous. “Ugh” the director sighs, “That’s a wrap people! Meet me here tomorrow at 8am SHARP! And Grace, if you get this wrong again, you’re fired, I repeat, FIRED!” “Yes sir, director sir.” I reply. All the studio people smirk behind my back.

By the time I get home it’s 9:30pm. I make myself some chicken nuggets and watch The Spy Next Door, my favourite movie. Half way through the movie I feel weird, like I was being pulled into something. I start to panic when I realise I’m being sucked into the T.V. I fall onto a rooftop 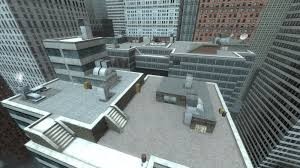 , just like the one in the movie I am starring in. I see a thug trying to shoot my friend so I run over to him and karate kick him in the back. “Ow. Why did you do that? That’s just mean” he says. “Mmm, okay…” I think. He pushes her off the rooftop, and he flies away in his helicopter. “Nooooo!!!” I scream and run to the edge of the rooftop. I see my friend hanging on for dear life. I lean over the edge of the rooftop to pull her up, when I slip and fall. I’m wearing my bungee belt, I use it to shoot a rope up onto the rooftop and it automatically wraps itself around something. I grab my friend and pull us up to safety. My friend opens her mouth, I know she is about to thank me and say I’m awesome, but she doesn’t. “Beep, beep, beep, beep!” she repeats annoyingly. “Stop! that’s really annoying!” I protest. “Beep, beep, beep!” she carries on. “Stop… that is.. annoying” I mutter, half-asleep. My eyes widen. I look at my phone. “7:30am!” I scream realising it was all a dream. I quickly get up and get dressed before driving to the studio

The director comes towards me and glares suspiciously at me. “Grace is one minute early…” he says in a confused voice. “That’s… different. Well, come on! Let’s get into the studio and start the movie! Films don’t film themselves you know!” We start with the scene where my friend is falling off the roof top. I quickly grab her but I still need to practice my balancing skills as I slip again. The director is about to yell “stop!”, just as I get my bungee belt and shoot out a rope which automatically wraps itself around a pole. I pull us up onto the rooftop. “And… CUT! Grace, you were amazing!” Says the director surprisingly. I smirk knowingly. “This is going to be a great movie” I say to myself and feel very satisfied.