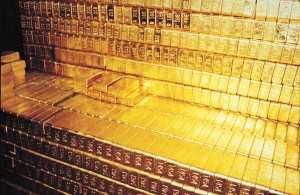 As my best friend Pierce and I walked down the streets of Claremorris we were planning on taking a little shopping trip to Smyth’s toy store. That was until we noticed some workers working on the road. We went up to them to ask them what had happened. They explained how the road gave way earlier that day and how it was lucky no one got hurt.

We turned around and headed home. Pierce groaned. “What will we do now? ”Well we could go somewhere else for a change” I suggested. So that’s what we decided to do. The two of us decided to take a different route home. We kept going until we found a small shopping centre. ‘This will do’ I said. We went inside but it was really rather boring. “This is really boring” Pierce moaned. So we left. As we walked down the road, it began to rain. We ran to an old ruin of what used to be a house. We sheltered there. “Well maybe we should explore this old house while we’re here” suggested Pierce.

I took out a torch that I had in my pocket. We weren’t expecting to go home until late which is why I had the torch. We went into separate rooms. I was looking around when I noticed something strange. It was a vase. Everything else was covered in sheets and dust but this was a freshly dusted vase. What would a new shiny vase be doing in an old deserted house?

Suddenly I heard a yell “EVAN!”. It was Pierce. I ran into the next room where Pierce was kneeling on the ground. When I reached him I tripped over a ring on the floor. It seemed to be connected to a trap door. Our hearts lifted as we pulled the ring out of the ground. There was some kind of tunnel underneath and candles lit on the wall. “Come on” said Pierce excitedly. “No it’s getting late” I said, “we’ll come back in the morning.”

It was a very disappointing week. It rained and poured for the whole week. The workers were nearly done by the time we got a chance to go back to the old house. Well the first thing we did when we got into town was make our way to the old house. Before we entered the secret tunnel we had a little look around. I went into the room with the vase. This time there were roses. Strange I thought. Pierce joined me. “Nothing interesting here” said Pierce let’s check out the tunnel”. Having entered the tunnel we kept on walking until we came to a small door. We went inside. We saw some coats and nothing more. We kept on going until we heard some voices. We walked up quietly to where the voices were coming from. We were surprised to see that the voices were really the road workers. They were talking to each other about something. We could not fully hear them for they were at the other end of the tunnel.

They disappeared down a little passageway at the end of the tunnel. “Now’s our chance” I whispered to Pierce, “let’s get out of here”. We sneaked up behind some crates. Then Pierce and I noticed something extraordinary. It was gold. Actual real-life gold. We looked at it in awe. ‘Come on’ said Pierce. We walked down the tunnel to where the men had disappeared. We were about two hours wandering around the passageways until we saw some light. “Thank goodness” said Pierce. We looked up to see it was the road the workers were working on. We glanced back down the tunnel to see the room where the gold was. “That’s how they got up and down to their gold” I said.

There was just enough room in the road to squeeze through. We went right to the police station. They gave us some food to eat as we told them the story. ‘Very interesting’ said one of the policemen. All of us and the policemen went back to the tunnel. The men were just packing up the gold and their equipment. One of them took out a revolver. He was just about to shoot when some policemen crept up behind them. They took the men away and gave us a special reward. One gold bar. We were amazed at our reward. The police thanked us. We thanked them too. We were famous for a while. Lots of people were coming to take our pictures. We decided to go on a holiday. When we came back, we had returned to our own normal lives. We were very happy.