The Arc deTriomphe, in Paris, was built in honour of the people, who fought and died during the Revolutionary and Napoleonic wars. It has the names of all the French victories and generals carved on the surfaces. The picture shows some names on the Arc de Triomphe. 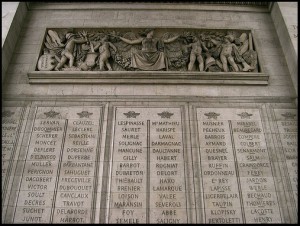 Beneath the Arc de Triomphe, lies the Tomb of the Unknown Soldier, from World War One.

Construction was halted, between 1833 and 1836, because of the Bourbon restoration and would not be completed, until the reign of King Louis-Philippe.

The Emperor Napoleon returned for his final visit to the Arc de Triomphe on the 15th of December 1840.  Napoleon was buried in the Panthéon in Paris. 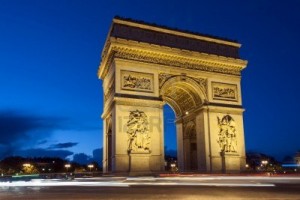