The Road to McHale Park 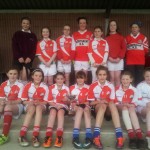 On Wednesday the 21st of March Gortskehy N.S joined with Meelickmore N.S for the Cumann na mBunscol Mini 7’s football competition. It was a lovely day and everyone was excited to play. The matches were played on Claremorris pitch and each game lasted for twenty minutes – ten minutes a half. Our first game was at 12:30 against Taugheen/Lehinch. The team was made up of Niamh from Meelickmore in goal, Amy (Gortskehy) and Olivia (Meelickmore) on the backline, Nicola and Diane from Gortskehy in midfield with Ann-Marie (Meelickmore) and Marie (Gortskehy) in forward. Gortskehy/Meelickmore took the lead in the first half and continued to lead in the second half. They won the game and now faced Aghamore.

Rebecca came on in the second half of both games while Rachel and Orla also played a part as did the other girls from Meelickmore. The match against Aghamore was tough but Gortskehy/Meelickmore stood their ground and won the game. The next game was the toughest. It was against Irishtown/Logboy. Irishtown/Logboy were leading at half-time by a point but Gortskehy/Meelickmore bounced back and won the game by six points!

The next game was to be played on Friday, 23rd of March. We played Ballyhaunis and won the game by 1 goal and 7 points. We are now the Claremorris Area Champions and were presented with a cup and medals. A video of the presentation can be viewed below. Our teacher Mr. Ó Beirn brought us to Supermacs to celebrate. We were excited to hear that our next game was on Monday the 26th of March against Kilmaine. Kilmaine were a very good team and we narrowly beat them. We are now through to the county semi-final which will be played on March 28th in McHale Park, Castlebar at 11:30am. If we win we will play in the county final which will also take place tomorrow at 12.30pm. This is the first time our school has reached this stage of the competition and we are very proud. All support would be appreciated. 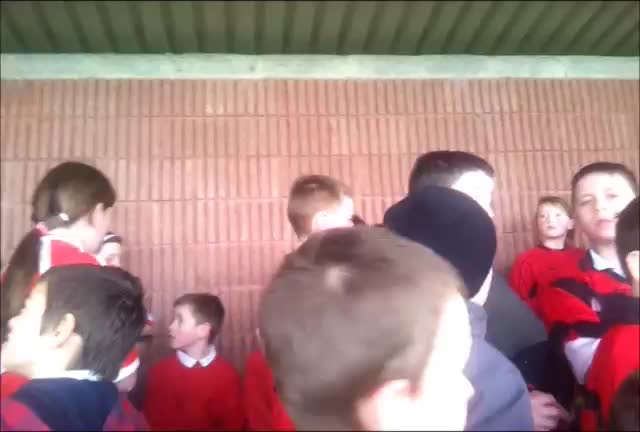