Last Thursday I was watching Elev8, a television program for kids on RTÉ 2, when I saw Diane and I appear on the screen.  I texted my friends and they all saw it too. We had been interviewed at the Fís film Festival in the Helix a few weeks before.  We were interviewed by a little girl called, Gabrielle.   She asked us a few questions about our award-winning film called, ‘Job Done.’   This is the clip below . . . 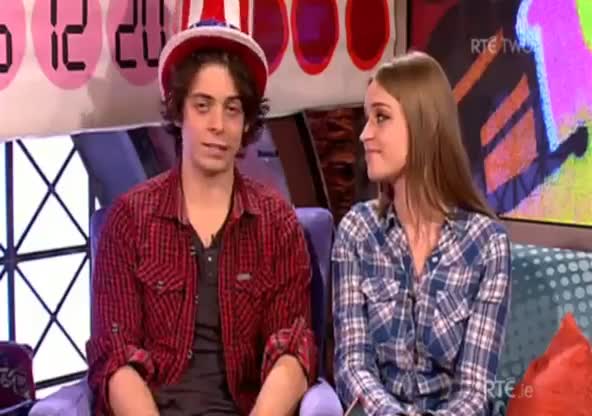